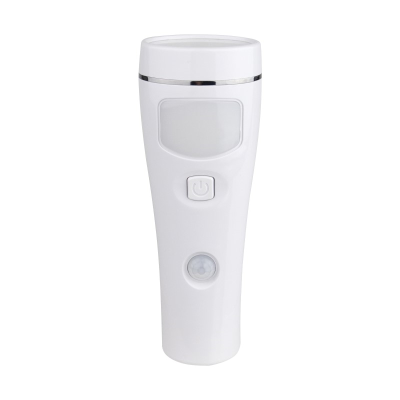 This three-in-one light functions as a nightlight, torch and safety light (in the event of a power cut).

The plug-in charging base keeps the torch permanently charged so it’s ready for use at any time. In the event of a power cut or, when you take the torch from its charging base, it switches on automatically.

When first removed from the cradle, the light will be in power cut mode and produce 15 lumens of light, which gives ample light in an emergency and prolongs the life of the in-built rechargeable Li-Ion battery. To use as a torch, push the button once and the single high-powered COB LED produces 130 lumens instead.

While in its cradle it also has two nightlight settings: Dusk to Dawn or Motion Sensor. In Dusk to Dawn mode, five LEDs in the body of the light will emit a low 0.3 lumen glow all night, increasing to 40 lumens if motion is detected to provide a safely lit area.

In Motion Sensor mode, the nightlight will activate to give 40 lumens of light if movement is detected. You can swivel the light in its cradle so that the motion sensor either faces a walkway, or, if you don’t want to use the sensor function, to face the wall.

Do not immerse in water

Do not use if product is damaged

Do not use with extension cables or power boards 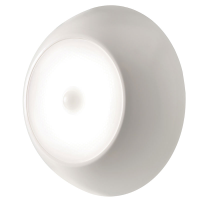 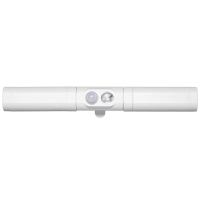 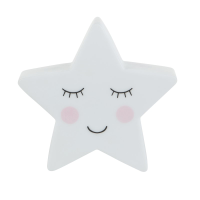